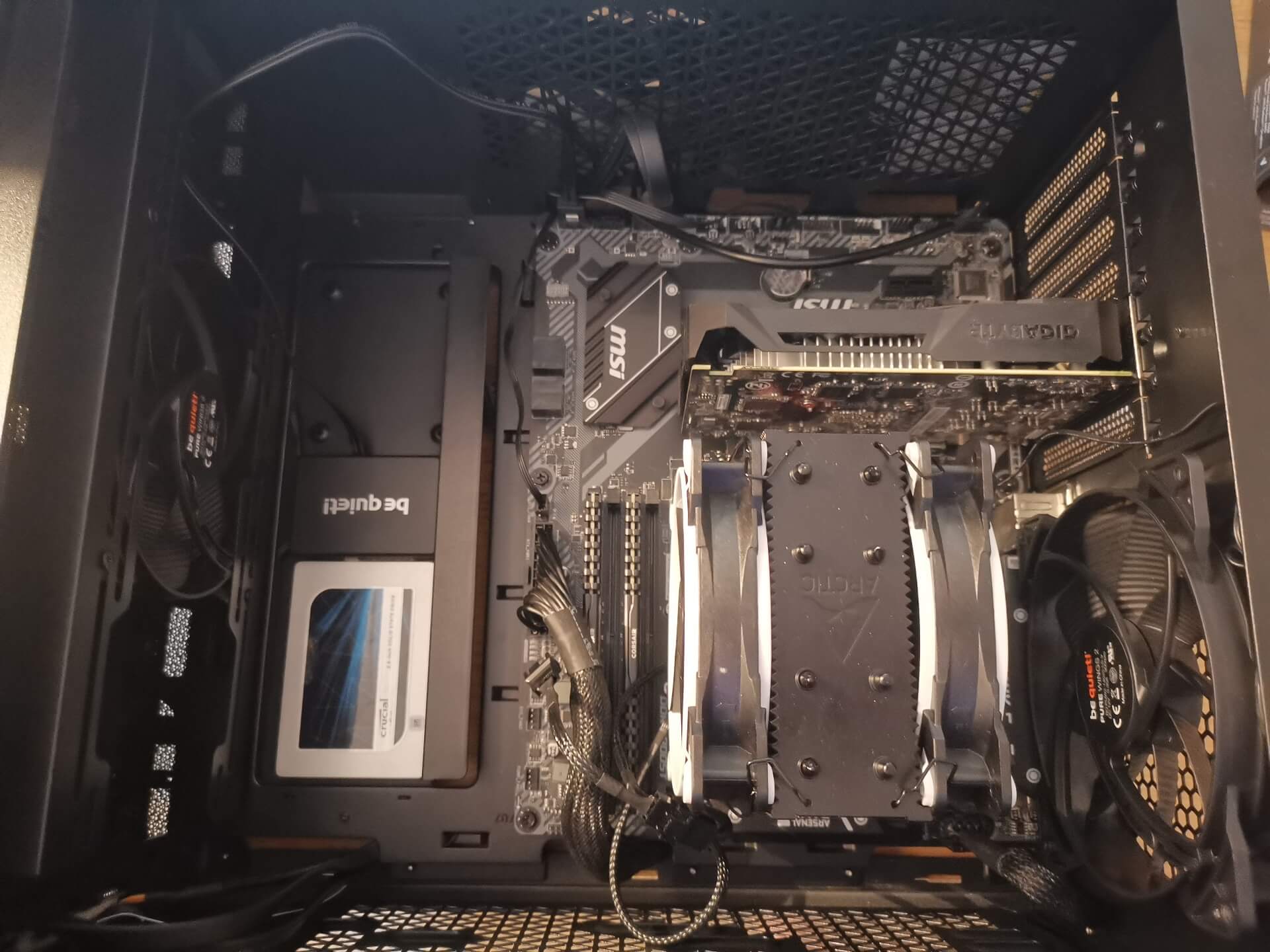 Have you considered upgrading it?


The causes of slow performance


One of the major complaints we receive from clients, are that their PC's and laptops are running slowly. This has got steadily worse since the move from Windows 7, to Windows 10, as Microsoft has introduced a raft of new features which place a greater demand on system resources.

Typical examples include how long it takes to boot into Windows from a cold start, and the time it takes to load programs / open files.

There are 4 main factors that can cause slow performance in a PC / Laptop:

The processor is the brain of the machine. Hence, if you have a cheaper processor, then performance will suffer.

Random Access Memory is used by Windows, in order to function. A lack of RAM can cause Windows to slow down.

Many machines still ship with mechanical hard drives, which lack the performance to give a good Windows experience.

Windows system files can get damaged due to virus attacks / hard drive errors, leading to the O/S malfunctioning.

So what do you when faced with a slow running PC or Laptop?

Do you write it off and purchase a new machine, or take the alternative route and upgrade it?

If money is not an issue, then purchasing a new machine will often be the better solution, as you will benefit from a more recent processor / motherboard combination, which will be future-proofed for several years.

However, you should bare in mind, that a new PC with a decent specification will cost around £1000, and a decent laptop, upwards of £700, depending on the number of bells and whistles you want.


For users that do not have the finances to invest in a brand-new computer, upgrading is a good alternative with excellent performance gains to be had, at a fraction of the price of a new machine.

There are limited components that can be upgraded in a laptop, namely RAM and hard drives, whereas in a desktop machine, you can interchange / add more components, including the graphics and sound cards.

All machines come with Random Access Memory (RAM), which is used by Windows to run the Operating System, and any software. The more programs you run, the more RAM you use.

Microsoft recommend a minimum of 2GB of RAM to run Windows 10. Most modern machines now come with 4GB as standard. However, in the majority of cases, 4GB is never enough, especially if you are doing anything other than word processing and web surfing.

When a machine runs of out RAM, it starts to use a Pagefile, or virtual memory, using the hard drive as additional memory storage, albeit, at a much slower speed. Hence, the slowdown in performance.

Hence, we always recommend to clients that they have a minimum of 8GB RAM in their machines, which will not only give them sufficient headroom to run their applications, without slowing down, but also future proof them for newer versions of Windows.

In terms of price, RAM is not that expensive to purchase, costing around £45-60 for 8GB.


Hard drives are used to store the Windows Operating System, along with any programs you may have installed, and all of your data files.

Unfortunately, many consumer laptop and desktop machines are still sold with mechanical hard drives, which are notoriously slow, and will affect Windows performance considerably.

Luckily there is an alternative solution that will give large performance gains, without costing the earth.

Solid State Drives (SSD), perform the same function as a mechanical hard drive, but differ in that they have no moving parts. All data is stored on flash memory chips, which provide much better read / write speeds and in turn, a snappier Windows experience.

The YouTube video above gives a clear demonstration of the performance differential between a mechanical and SSD drive, when loading Windows 10 from a cold boot, with the SSD based machine taking 1/3rd of the time. This speed differential will also apply when running programs in Windows, as well as speeding up the loading of web pages and so on.

The only downside to SSD drives, is that they are not as cheap as their mechanical counterparts, especially as you veer towards the larger data capacities.

That being said, a 1TB Crucial SSD drive can be had on Amazon for as little as £85, which is not bad for the performance gains to be had.


IT Results have assisted a number of residential and business users to improve the performance of their laptop, and desktop machines, through the introduction of additional RAM, and fast SSD drives.

In several cases, we have upgraded entire offices, saving machines that would have been replaced, had it not been for our intervention. In doing so, we have helped businesses save costs in the medium-term, by deferring the purchase of new equipment for several years.

If you would like to know more about how we can help upgrade your IT systems, feel free to get in touch for a no-obligation discussion.


Looking to upgrade your computers?