IT Results have worked with this membership organisation, currently based in the City of London, since 2007. We provide a range of IT services on an ad-hoc basis, giving the organisation access to our expertise, as and when required, without the financial commitment of a monthly retainer.

Our initial brief was to resolve a number of issues with their computer setup, which evolved into the implementation of a new computer network and associated services.

Some of the ways we have assisted the organisation are discussed below:

Pay As You Go IT Support

The organisation employs several members of staff, who split their time between the office, and working remotely over VPN connections. Each staff member has access to a Dell workstation, as well as their own Windows and Apple laptops, which we provide Pay As You IT Support for, as and when required.

During the early stages of our involvement, the organisation were operating from a home-based office, using PC's connected over a peer-to-peer network. They were also using an off-the-shelf membership database called iMIS, which was not providing the flexibility required for their needs.

In 2009, the organisation secured offices in South West London, and decided they wanted a more comprehensive IT system, along with a replacement for the existing membership database.

We made recommendations as to a possible solution, which we went on to implement as follows:

We installed a Windows 2008 R2 server, utilising a RAID 1 configuration, giving the users a secure shared drive for the storage of important office documents.

To ensure that the users would achieve maximum network performance from the new server and workstations, we implemented a Netgear Gigabit switch.

We set up several network printers, allowing users to perform large print runs, for sending out documentation to members.

We implemented a Draytek VPN router, to allowing staff to access the office systems remotely, over their FTTC broadband connection.

As part of the new office installation, we implemented IBM Notes / Domino as their email system, replacing their existing IMAP / Microsoft Outlook solution.

We chose Domino over the likes of Microsoft Exchange, as we were designing a bespoke membership database using Notes, which is discussed in the systems development section.

We deployed the organisation's Notes server on the web, allowing external users to access the email system remotely, using Notes clients on their desktop machines and on their phones using IBM Verse.

In order to protect the users' mail from potential malware attacks, and unwanted emails, we implemented a SpamTitan Cloud solution. 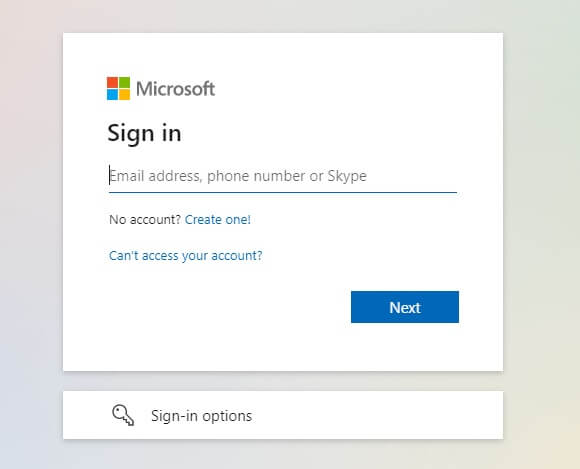 The organisation continued to use the Notes mail system up until 2018, when there was a change of management.

The new management having had no previous experience of IBM Notes, wanted to utilise Microsoft software, which they were familiar with.

Hence, we were requested to move all users to the Microsoft Office 365 platform, providing all the necessary configuration.

Given that Office 365 mailboxes are not backed up by Microsoft, we recommended that the organisation implement a backup solution of their own, in case emails were deleted in error.

Consequently, we implemented a cloud backup solution called Cloudally, backing up each user's mailbox, on a daily basis.

Consequently, we implemented a cloud backup solution called Cloudally, backing up each user's mailbox, on a daily basis.

As regards the organisations web services, we are responsible for the Microsoft Office 365 configuration / management and backup, along with the maintenance of the Domain Name System (DNS).

The DNS is a set of records, that advertise the internet services available for a domain, such as web server addresses.

Hence, we provide the necessary DNS configuration, for organisation's website and email systems, along with any associated services.

Keeping our clients data secure is of paramount importance to us. So, in order to keep the organisation's systems as secure as possible, we have implemented a number of cyber security solutions:

The organisation uses the very latest Symantec Endpoint Security software, in order to protect the workstations, laptops and server from possible virus attacks.

We have deployed a Draytek Firewall / FTTC Router, to handle all the company's web and VPN traffic, making changes to the configuration, as and when required.

All users are required to have secure passwords for accessing the Windows domain, VPN connections, and their Office 365 emails.

We check the server on a periodic check, to see that it has the latest Microsoft Windows updates, along with any new drivers from Dell.

As part of the 2009 system upgrade, we were asked to find an alternative solution to the iMIS membership database. The problem with the existing system was that it lacked the flexibility required by the organisation, and product support was also very expensive.

Having designed a number of CRM systems using IBM Notes, we felt it would provide the perfect solution, particularly with its excellent flexibility and security aspects.

We subsequently built the new member database, incorporating the requirements below:

The database had to be able to store detailed information about members, including multiple addresses and subscription payment methods.

The system needed to be able to generate invoices, monitor outstanding payments, and record monies received from specific members.

The system needed to allow for the export of information to Excel, so that staff could create mail merge documents to send to members.

The database had to be highly secure, given that confidential member information was going to be stored on the system.

The design had to be flexible, with the ability to add enhancements and make changes easily, when required.

Once the database design was completed, and tested, we then extracted all the data out of the existing iMIS database and used it to create Member records in the new Notes system.

The member database is still in use today, with it being used to store member information, in addition to creating subscription invoices, and recording payments received from members.

Since our involvement with the organisation, they have moved premises on several occasions. In each case, we have been responsible for co-ordinating the following:

Attending each site to make sure there are sufficient network points and patch panels to support the IT system, arranging the installation of additional cabling, where required.

Decommission IT systems at old sites and rebuild networks at new premises. Reconfigure all workstations and server for use with new internet connections.

Configure firewalls for use with new internet connections. Reconfigure DNS to reflect new IP addresses for Domino server and VPN connections at each location.

Is this something we could help you with?